In the summer of 2018 Janneniska got an interesting request for a broad lifting project from their partner ISS Palvelut Oy. ISS had an upcoming project where the ad displays in central Helsinki's bus and tram stops were being updated to modern JCDecaux LCD ad screens, which enable multiple digita lad streams compared to the current static ads.

ISS Palvelut Oy partnering with Janneniska in the lifting project

From June to July 2018 the worksite was thoroughly surveyed. The project location was very active areas of Helsinki: Hakaniemi market square, Mannerheimintie and the surroundings of Rautatientori. The site survey provided answers to e.g. the most efficient way to replace the displays, how the aerial lifts should be placed and which units were ideal to the task. At Janneniska it became very apparent that the project required broad logistic project management.

”ISS was already Janneniska’s customer and partner. Together we had completed a previous broad project, so the customer was aware that Janneniska had strong experience in leading similar projects and the talent to quickly solve any eventual challenges that could appear”, says Toni Rask, Janneniska’s sales representative who was the head project manager and coordinator.

For the project, two different truck-mounted aerial lifts were used. In the narrow tram stop of Hakaniemi we had to find a sufficiently small payload lifting unit to move and install the ad displays. Through Janneniska’s extensive partner network they were able to find a suitable unit.

What were the project’s challenges?

When the worksite and its requirements were surveyed and mapped, the project timeline was estimated to 8 weeks.

It was extremely important that the schedule was followed, as the project work had to abide by the rules and times set by the street work permit, meaning that everything was done during night-time.

Latencies in any part of the project would have impacted the overall schedule negatively, so everyhing had to progress as planned.

Logistically, the project required firm management. We had to ensure that the right information reaches the right people at the right time. The operators had to know where and when to pick up equipment, where they are to be transported and what the next target is. Before starting the work, Janneniska took care of all traffic management and street work permit applications. Additionally, after each nightly work session they had to ensure the normal and smooth flow of traffic.

How did the project progress?

Thanks to the careful planning and efficient scheduling, all the pieces fell into place and the project progressed smooth as butter for the entire eight weeks.

ISS Palvelut Oy were very satisfied with the result, and this led to JCDecaux ad displays installation was extended in central Helsinki for two additional weeks.

So the total project time of 10 weeks was held and completed on-schedule.

What were Janneniska’s strengths in this partnership?

According to Rask, Janneniska’s service concept is their main strength:

”If at any time we would have required other units than the aerial platforms chosen for the job, we would have been able to produce these – very swiftly. I don’t think that many businesses in our field would be able to manage the broad scope in such a centralized way. Our customer knew that we can manage large worksites and complete the project efficiently and with high quality. Any surprising situations would have been handled similarly, without impacting the plan or schedule”.

Due to the objects being electronic LCD ad displays, we had to be extra careful in the transport and installation, to ensure that they weren’t damaged.

”All LCD displays were transported and installed without issues. I might have lost a few nights of sleep as I observed the project progress – a good result also considering this”, Rask laughs.

If you’re interested in partnering with us, don’t hesitate to contact us, and let’s together find out how Janneniska can help out your company! 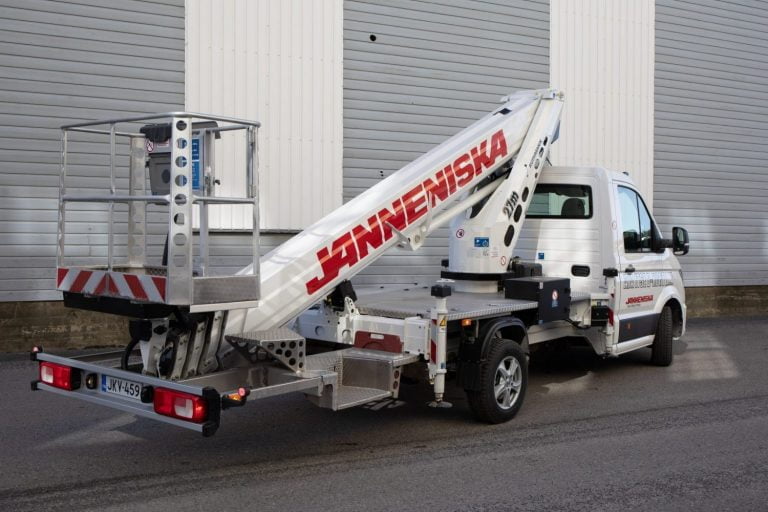 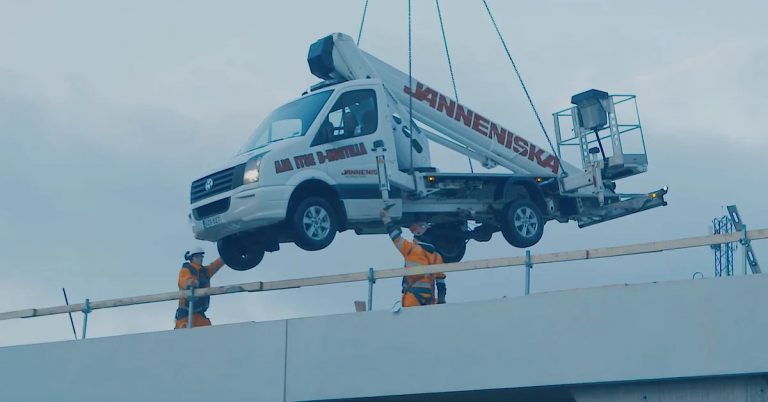 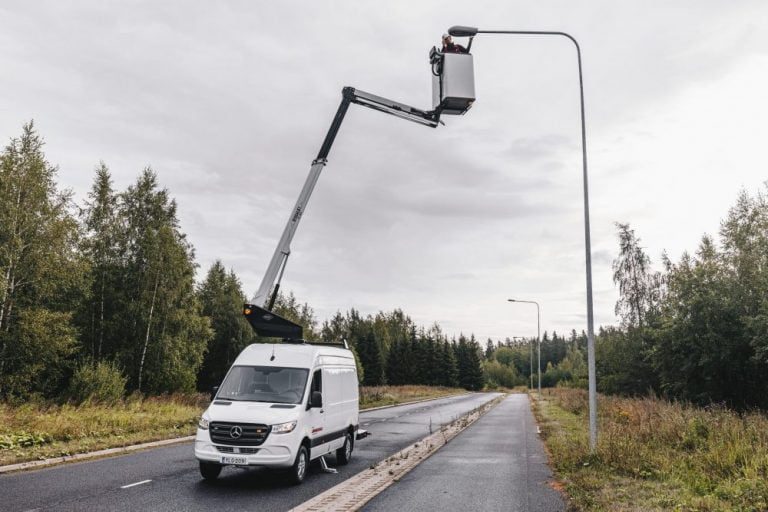 We take care of people and their work. We provide you with cutting-edge aerial lifts. This way your high-altitude work is safe, easy and cost efficient.